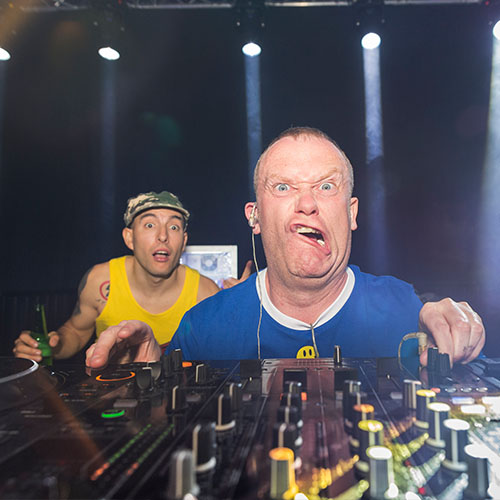 Taking influences from hip hop, oldskool, early Dutch hardcore, pop music and WWE Wrestling, Smurf’s energetic DJ sets – accompanied with wild dancing behind the decks – have been moving (and often confusing) dancefloors around the world since 1992.

Smurf describes the music he plays as “a reflection of my personality. I feel like the music I am playing is coming from my brain, into the mixer, and out through the speakers”.

If you like the music or not, a DJ Smurf show is always an unforgettable experience. He has even fallen off stage and broken his leg in the name of entertainment!

The Small Blue Machine’s love affair with ‘alternative’ music started back in 1981, at the tender age of 9.

Music was always playing in the Smurf household from an early age. Sick of every song on the radio & TV being about love, a track by Adam & The Ants called ‘Stand & Deliver’ grabbed his attention. It wasn’t about love, but about a highwayman robbing people. This ‘alternative’ track started the musical journey from new wave/pop rock to electro to hip hop to acid to European techno to gabba and what is now termed Terror & Frenchcore and back to techno.

The ‘80s were spent trainspotting, break-dancing and listening to Jeff Young’s Big Beat on Radio 1 on a Friday night, recording the latest hip hop, house and acid music onto cassettes to listen to while doing a weekly paper round. Money from that was spent on two 12″ records or a compilation album at the weekend.

1990 and a job came. Every spare penny was spent on the latest Dutch, German & Belgian import 12″s.

18th birthday came in November 1990. Proof of Age ID was bought (as he looked about 12) and warehouse parties, clubs and raves were attended all around the UK almost every weekend in the early ‘90s.

The first set of turntables were bought in 1990. On NYE 1991, while attending a rave night at a club called Walkers in Newcastle, Smurf was asked to fill in for a DJ that didn’t turn up. This was his first live set in front of people. Very scary. The set has been reproduced here https://soundcloud.com/smurfggm/dj-smurf-walkers-newcastle-england-31121991.

By 1993, music had got a lot faster and harder. Breakbeat & jungle had taken over the UK, yet Smurfy was more interested in the harder 4/4 sounds coming from the continent and the USA. The first ‘gabber’ (or gabba as we called it) records started to filter into the UK record shops with the likes of The Euromasters, Rotterdam, and Ruffneck Records leading the way. Hundreds of pounds were spent every week on records with those big hard distorted 909 kick drums and insane samples.

Lots of tapes were recorded and given out in Bass Generator Records in Newcastle and various events around the region. In 1994, his big break came. Lenny Dee was booked to play at a Judgement Day event and Smurf was added to the line-up. The set was recorded to cassette with Lenny Dee on one side, and became very popular around the North East & Scotland. Check the full set here … https://soundcloud.com/smurfggm/dj-smurf-judgement-day-whitley-bay-england-24031994

Bookings (and a later residency) at what Smurf describes as “the greatest club ever” – ‘Nosebleed’ in Scotland – soon followed, as well as bookings around the UK. The Judgement Day events got bigger and the ‘Geordie Gabba Mafia’ was formed.

Not sticking to only playing the hardest, fasted gabba trax around at the time, Smurf would drop random pop records into sets, that strangely seemed to work. If the dancefloor couldn’t dance to the fast-paced music, they would be amused with crazy dancing behind the decks. “If I cant make them dance, I’ll make them smile” is an old quote that is often brought up.

DJing eventually lead to producing, with releases on Hard of Hearing, Strike, & Killout records from 1997 onwards.

In 2000, Smurf was invited to his first gig outside the UK at the legendary Nordcore party in Hamburg, Germany. More gigs followed in Germany, Switzerland, USA, Canada, Italy & Belgium but it was a small party in a bar in Holland that led to his biggest break of all…

In early 2004 he was invited to play at friends Kit Williams/The Rapist’s birthday party in a small bar in Haarlem in Holland. This was on a Sunday evening. He played a usual set of fun filled ‘terror’ trax accompanied with crazy dancing to about 10 people. Little did he know the guy who made the line-ups for Thunderdome (the biggest and most famous hardcore party in the world) was in attendance. A few weeks later he got a call which went something like “I liked the music you played and how you interacted with the crowd. I want you to do the same for the last hour at Thunderdome in December and send people home happy”. Thunderdome came and I closed the party in the huge 2nd area in Jaarbeurs in Utrecht. What an experience!

Following that performance, bookings came in thick & fast for events such as Masters of Hardcore, Decibel, Hellbound, Ground Zero, BKJN, Nightmare Outdoor, Megarave and many other great partys.

Around this time, Smurf became one of the most popular ‘terror’ artists in Holland.

In 2006 after 5 years of hibernation, Smurf resurrected the mighty Judgement Day events and brought a number of European hardcore artists to the UK for the first time. Including Angerfist, Endymion, D-Passion, The Speedfreak, Sonic Overkill, Peaky Pounder, Day-Mar, Noisekick and Art Of Fighters.

GGM Raw Records was launched in 2007 and 5 vinyl releases were produced.

Since then, Smurf has been producing tracks on his own GGM & Deng Deng Hardcore digital labels, as well as having releases on This Is Terror, CSR, BKJN Music, Social Technology & Footworxx. He has kept to his unique style of playing and making records for the people on the dancefloor.

In 2011 & 2015 Smurf took the #DENG down-under to Australia, performing in Sydney & Perth on both occasions.

Back in the UK, he promotes the Nocturnal Wizards events and co-promotes the Distorted parties in Newcastle, as well as having a helping hand in other events around the UK.

On the 25th anniversary of his first full gabber set in a club (Judgement Day in 1994), Smurf announced that he will no longer be making or playing ‘new’ music s ‘DJ Smurf’. Bookings as ‘DJ Smurf’ will only be for oldskool/early hardcore/early terror. He will continue to produce non-gimmicky/fun music as ‘Xmurf’, but only on a casual basis. He will continue to play techno as Viktor Van Stroomf.

Also on the The Northern Embassy 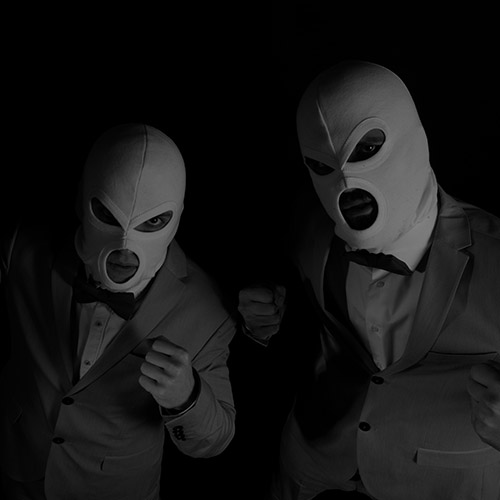 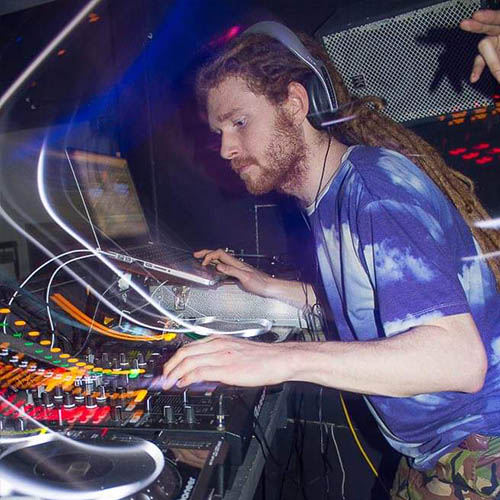 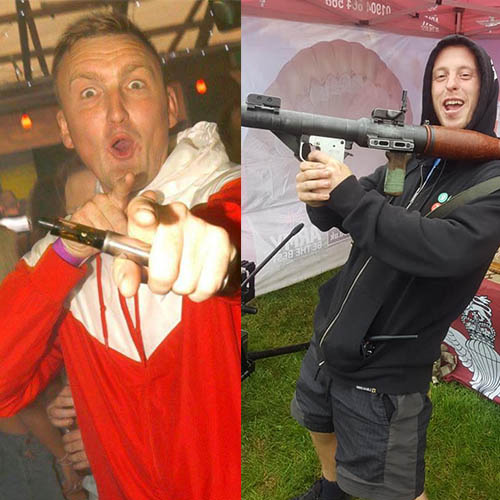 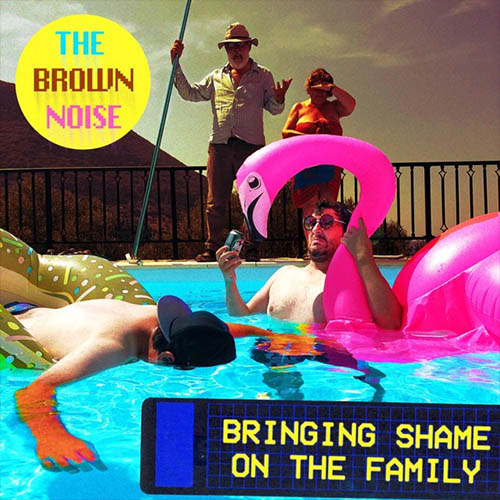 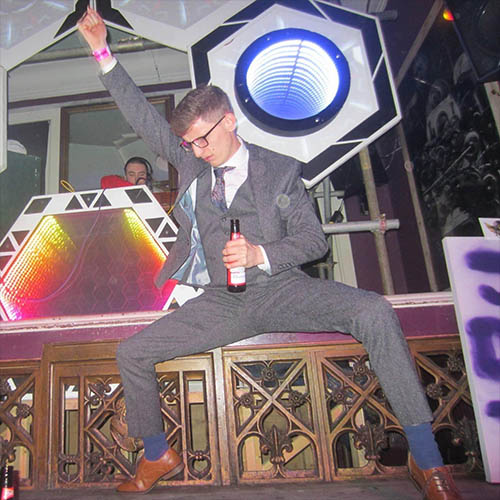 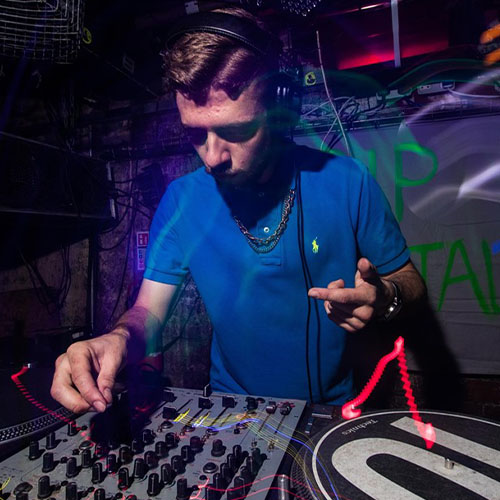 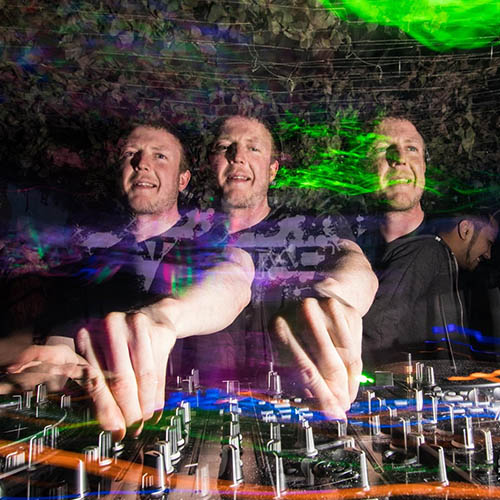 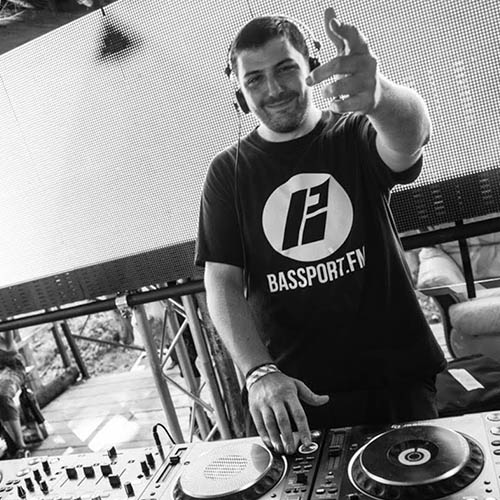 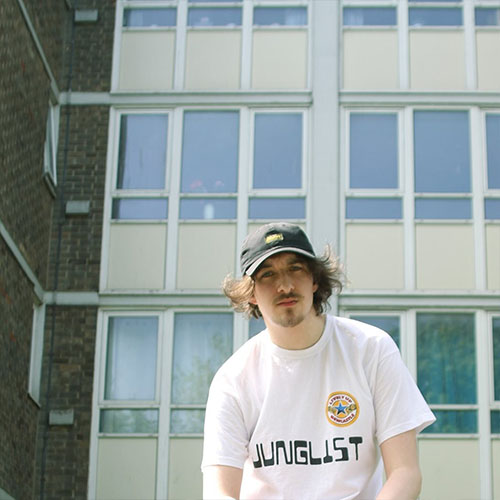 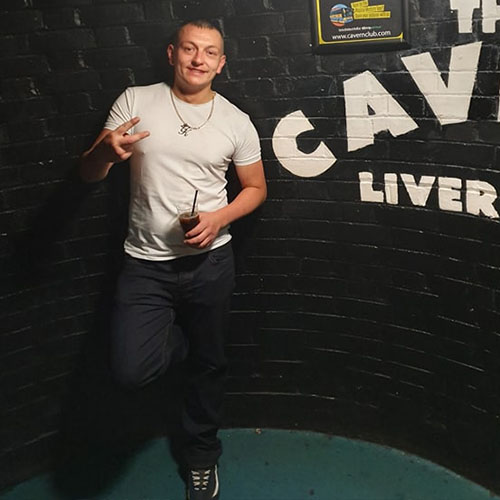 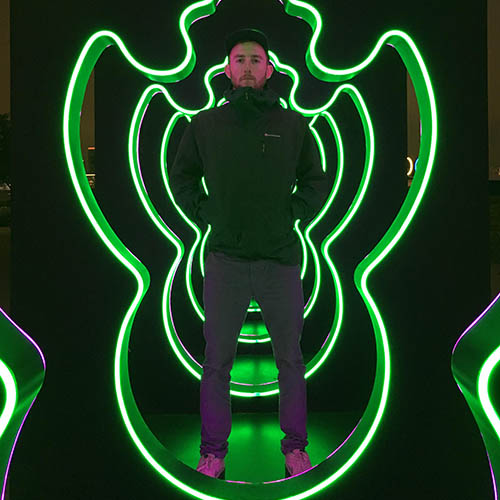 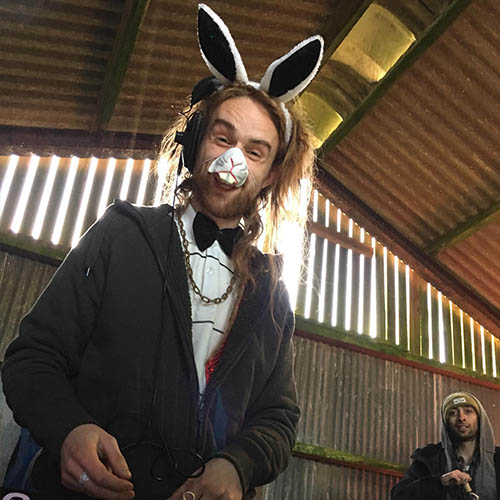 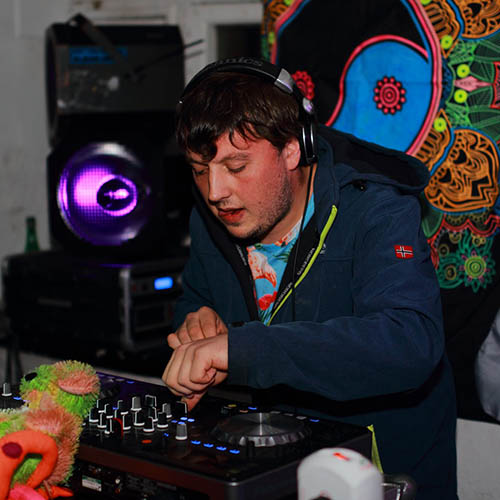 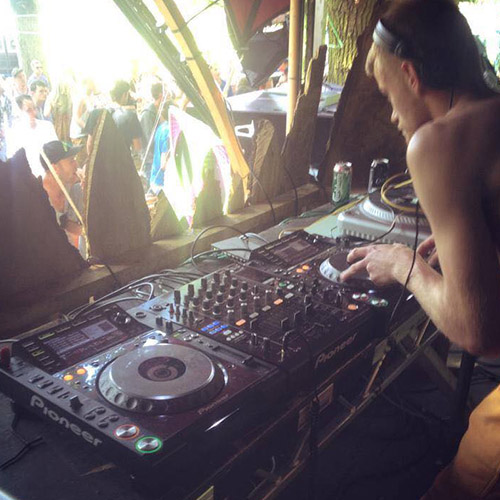 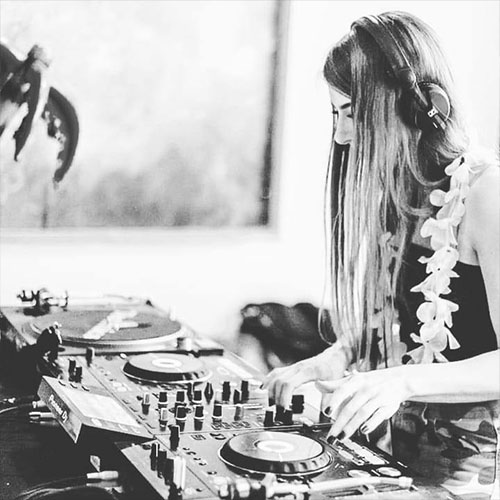 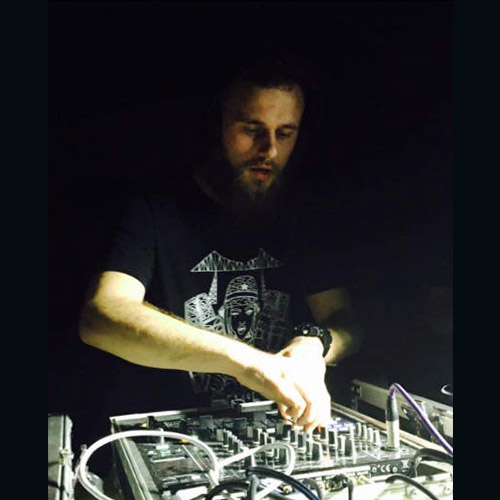 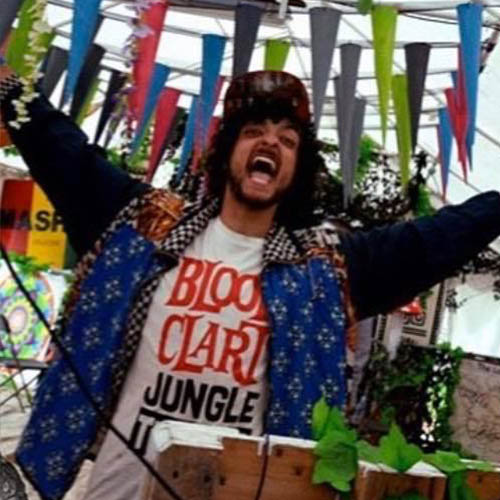 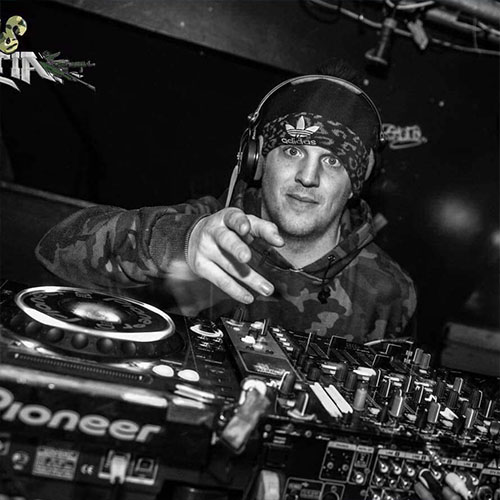 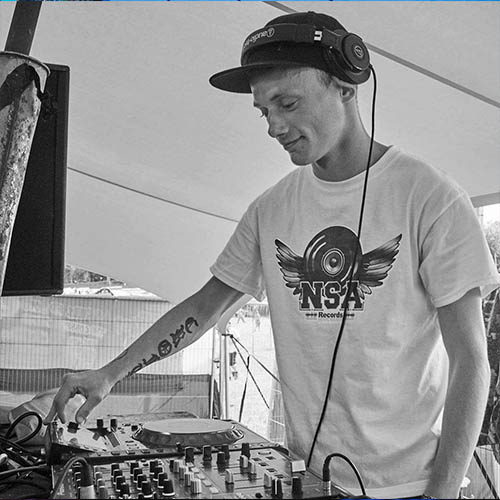