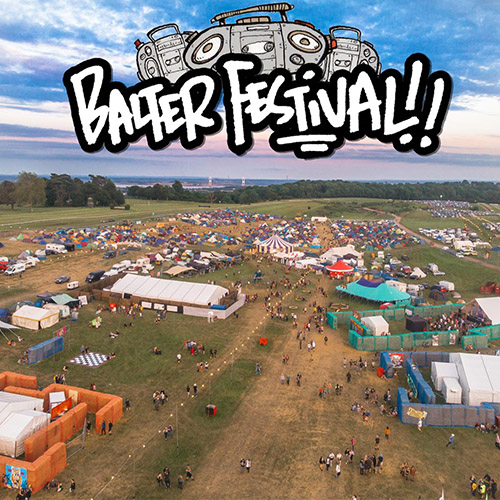 It is with a heavy heart that we have to announce that we have no option but to postpone Balter Festival until 2021. We have done everything we can to be able to run and we held out for as long as possible in the faintest of hopes that anything could change, but unfortunately this is just not going to be possible.

This has been an incredible year, in all the wrong ways! We wouldn’t want to risk any potential harm to any of our loyal followers or hard working crew, and whilst the virus is still present there is no way that we could say that we are being risk free. There are some events that are running as ‘socially distant’, but let’s be honest, that’s not exactly our style is it!

We will be back early next year at the start of the summer, and therefore will be one of the first festivals back! However we have been hit hard by this, like all events have. All tickets bought for this year will automatically roll over until the next event, and it would mean the world to us (and ensure that we are able to continue to run!) if anyone that has bought a ticket and is able to can please hold on to your ticket for next year. Refunding everyone would financially cripple us to the point of potentially having to call it a day for Balter, which would obviously be a disaster! Of course we understand this is not possible for everyone, so if you need a refund or won’t be able to make it next year please contact theticketsellers via the contact link on their website. You must do this before September 3rd!

*** Drink Beer to Save Balter!! ***
It will come as no surprise to hear that we are down a bit of money because of this year! We’re not going down the route that other events have of asking for donations as we understand that everyone has been financially hurt by this year. All we ask is that next summer you please help us by frequenting the bar (drinking responsibly of course!) and hitting the merch stand. It’s a simple request that will really make a difference. With your help and support we can continue to run for years to come, as we still have so much to do with you guys!

Summer 2021 will be the great return, we can’t wait to see you back in the fields! We will announce the new dates soon, keep an eye on our social pages and website.

In the meantime, stay safe and look after each other.

All the love,
Balter 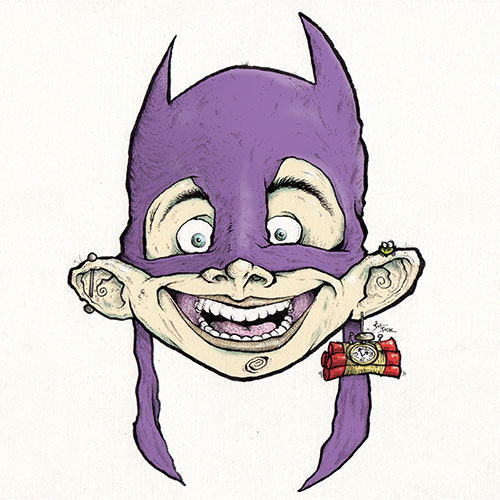 Balter Festival Vs Corona Round 3
RESCHEDULED!!
NEW DATE: September 4th – 7th 2020, Chepstow Racecourse
We’re as committed as ever to making Balter 2020 happen and for it to be the best Balter to date! The government’s new restrictions are expected to last for at least 12 weeks, so we’ve decided to reschedule Balter Festival 2020 to the 4th – 7th of September. We are in talks with our artists, suppliers and crew and are anticipating that the event will be virtually unchanged!
We are in unprecedented times – every one is under pressure and it’s no different here at Balter HQ. None of us can see into the future but by rescheduling to September we stand the strongest chance of being able to party this summer. COVID-19 is the only thing that will stop us going ahead as the health of everyone has to come first, so Balter will only happen if it’s safe to do so, but for now it’s full steam ahead BALTEMBER! (with extra hand sanitiser of course!)
Tickets are available now on our website, all tickets already purchased are valid for September. If you cannot make the new date we are happy to transfer your ticket to 2021 or you can request a refund, although we would really encourage our loyal crew to support the event and hang on to your ticket if you can. To let us know what you want to do, simply log into your account on TicketSellers and select one of the options.
If we are forced to cancel in September all tickets bought will transfer to 2021 or be available for refund, in other words get your ticket for the next Balter Festival now!
We still have ways for you to get involved, click the below links to see how!
Stewards, litter pickers and bar staff: CLICK HERE
Creative artists: e-mail alice@balterfestival.com
Sideshows and walkabout acts: email jos@balterfestival.com
Traders: email chloe@balterfestival.com
See you in September, Stay at home for now! 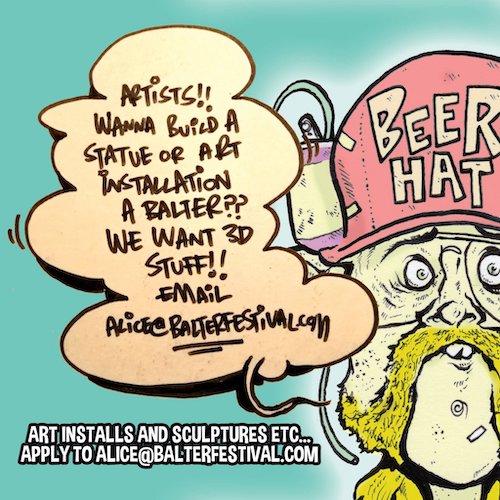 We’re recruiting for various roles and ways to be involved in this years festival. See below and come work with us!

Artists – We’re looking for new artists and art installations that would look great on our site. If you have something you think we need, or just an idea of what you could make, please e-mail alice@balterfestival.com

Traders – Clothes, handbags, potato guns… whatever you’re selling, we may be interested! For all trader enquiries please e-mail chloe@balterfestival.com please note we do not need any more caterers for this year.

Volunteers – Litter pickers, bar staff, stewards. Fun and easy work that gets you into the festival for free! Just follow this link for more information – https://balterfestival.com/volunteer/

Musicians – We’re all full for this year now I’m afraid, check back next year! 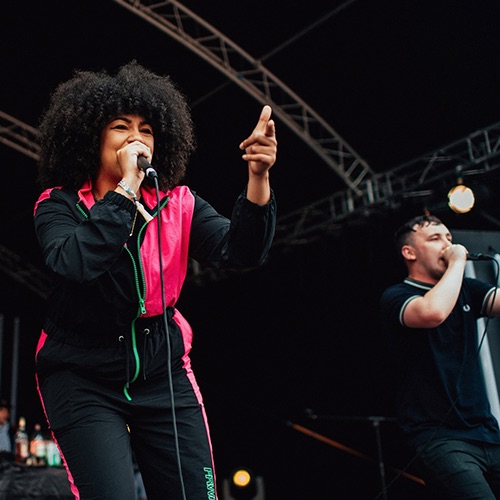 We’re super excited to announce the main lineup for Balter 2020. With some massive artists ranging from Punk to DnB, Hip Hop to Hardcore and just about every good style in-between, we feel like its our best lineup ever and we hope you enjoy it!

Welcoming headliners The Four Owls for the first time, with a new album coming soon this will be a treat for any High Focus fans. Joining them on the Caravan stage will be acts such as Slamboree, Smerins Anti-Social Club, Too Many T’s, Ed Cox & E-Coli, Pengshui, Gardna and many more.

The Hex and Buckyham Palace are catering for those who love amens, basslines, snares, foghorns, DnB, Jungle and all such like! Headliners Kings Of The Rollers & Inja are joined by A.M.C & Phantom, Chopstick Dubplate, Original Sin, T>I b2b Kelvin 373 with Irah, and a huge Critical Sound takeover ft. Enei, Kasra and special guest Bou. Amongst many many more!!

Fans of harder music are never left uncatered for at Balter and this year we’re expecting to see arms flailing and brains being blown by Hellfish b2b The Teknoist (first time ever!), Mat Weasel Busters performing a live set, Ceephax Acid Crew, Igneon System, Vandal b2b Mandidextrous, Tanukichi, and Malke performing a live drums hardcore set. Of course there are plenty more to see, check out the full lineup for a treat of heavy kicks, distorted breaks, and all-round filthy noises!

Off Me Nut are crashing the party in style, bringing their headliners Hixxy, Jamie Duggan and Taxman as well as all of their crew such as Phatworld, Ben Suff Donk, Thorpy, Deadbeat UK, Spongebob Squarewave and many many more! That stage is going to be a serious highlight this year!

Another new stage, The Northern Embassy, is also going to be kicking off all weekend. With The Whistlers headlining and joined by DJ Smurf, Stretch MC, and a whole load of northern crew playing Makina and other fun genres of music, this will be the place to be if you like going mental to some banging tunes!!

Fans of techno should be happy with Apollo 23, blasting off each evening to the noises from Altern 8, Mark EG, D.A.V.E The Drummer, Chris Liberator, 2 Bad Mice and more. On Saturday it will be taken over all night by the Japan Crew who are bigger than ever this year and will be bringing a taste of the east to Chepstow. Do not miss that one!

Abba Gabba are headlining the Dutty Disco, with the rest of that lineup still to come.

Balter Festival 2020 is definitely on the way now, make sure you grab your tickets soon as this year is the one to be at!! 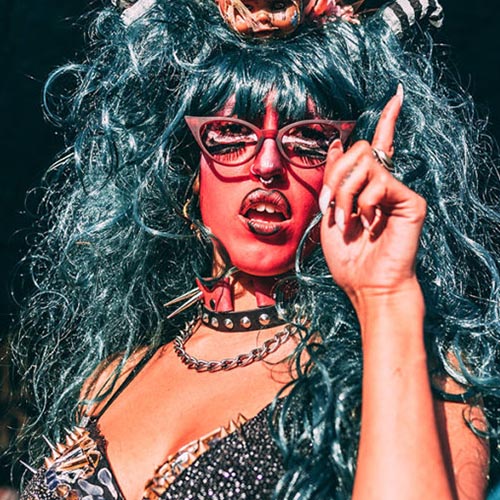 We’re looking for Stewards, Litter Pickers, Bar Staff and Steward Supervisors. You only work 12 hours during the festival so barely miss much, and as well as free entry for the weekend you will get meal and drinks vouchers for each shift worked, and a unique view of how the festival works behind the scenes.

For more information and to apply just visit our volunteers page – https://balterfestival.com/volunteer/ 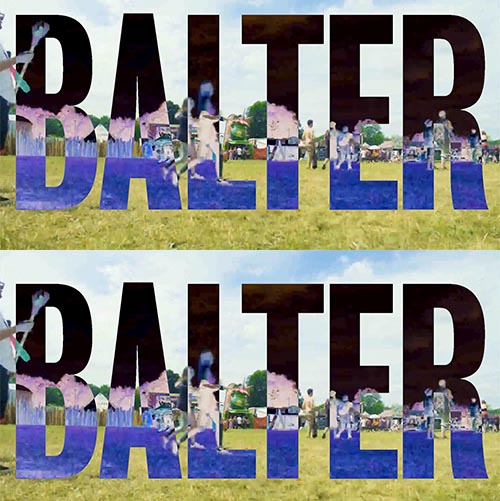 The Balter Festival 2019 Aftermovie is here!! 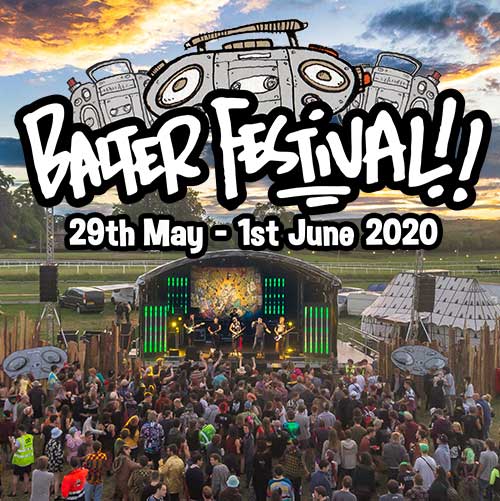 Don’t forget you can win extra tickets by getting in there early!

Whoever buys ticket number one will win:

More extra tickets won through the evening and chosen at random by our celebrity judge. All you have to do is buy your ticket within the first two hours of them going on sale. 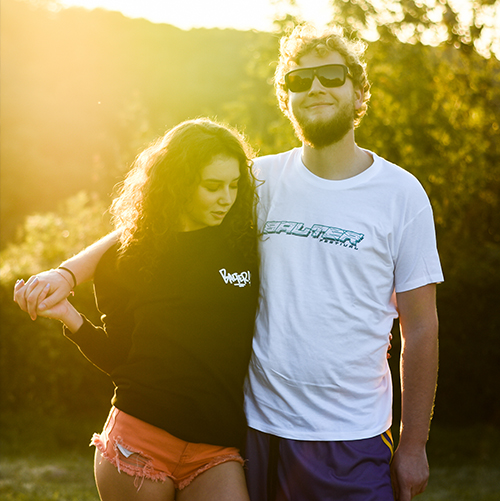 The limited remaining stock from our 2019 merch run is now back on sale!!

You can look better than literally everybody simply by wearing one of these beautiful items, designed by Jak M.C.S and hand printed by our team of printing elves in Bristol.

These works of art will truly increase your beauty rating by more than a little bit. Want to get followers on Instagram? Just post a selfie of yourself wearing a Balter hoodie! It might work, there is really only one way to find out!

With T-shirts at just £15 and hoodies at £30, this is potentially the bargain of the year…. or since they were on sale at the festival anyway. 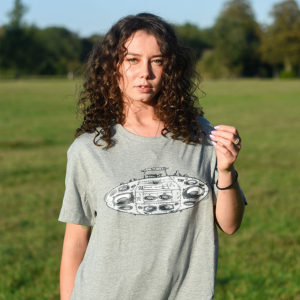 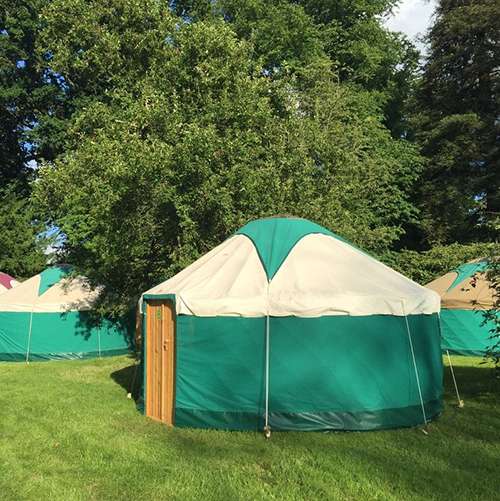 Fed up of dragging your tent that long 200m walk from the car to the campsite?
Wish you didn’t have to pack it up at the end?

Have no fear – Balter’s very own posh campsite is here!
You don’t even have to be posh, although pretending to be is recommended.

We have yurts and bell tents, with prices starting at just £60 per person (£20 a night!)

As well as fully equipped tents with beds and lights, you have access to a dedicated reception yurt with free charging facilities, hair tools and large mirrors. Camping is right on the edge of the normal campsite so you are just seconds away from all the action, but in your own separate area surrounded by other people pretending to be posh!

Honestly, it’s better than that rubbish Argos pop-up tent you complain about every year yet always drag along with you!

For more information and to book just follow this link – https://www.cloudhouses.net/product/festivals/balter-festival/ 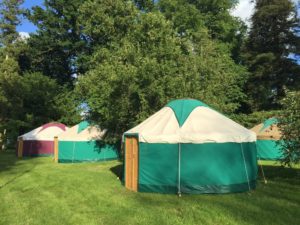 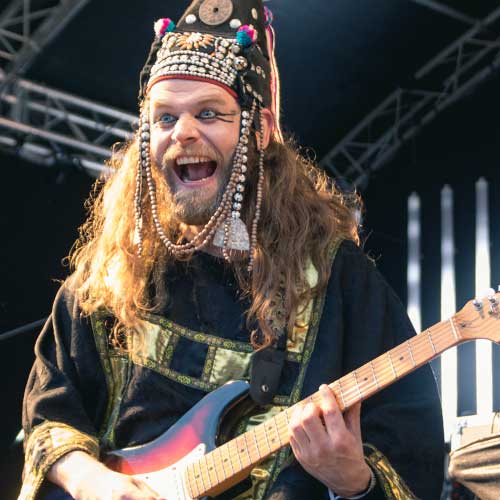 Want to perform? Band? DJ? Walkabout? Here’s everything you need to know to be part of Balter 2020, we’re now open for applications for the best you guys have to offer!
So take a look on our Performers Page